The Magazine Modernisms blog is pleased to inaugurate our first book club event.  Several times a year we will be selecting new publications in the field of modern periodical studies and inviting contributors to post on the book.  These posts are not intended to be reviews of the book so much as provocative comments and questions, the kind you might raise in a seminar.  We would, in fact, like the book club to work like an on-line seminar, so please comment on the posts and keep the conversation going.  For this first run of the MagMods book club, we’re using our core members, but in future iterations we hope to invite outside contributors. After the initial posts, the author of the book under discussion will be invited to post her own response. 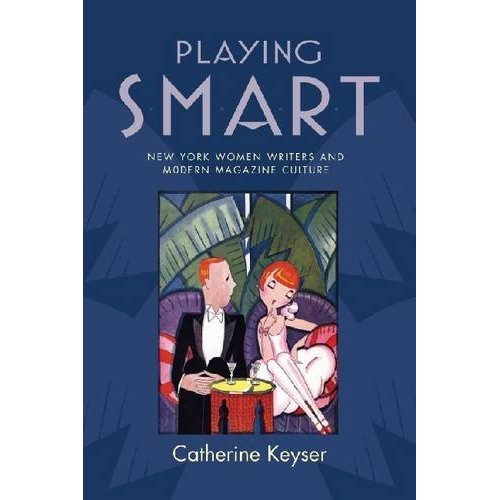 Professor Keyser is an Assistant Professor of English at the University of South Carolina.  She has previously published on Edna St. Vincent Millay and Vanity Fair in American Periodicals (17.1, May 2007) and on New York women writers and their magazine personae in A New Literary History of America (Harvard UP), ed. Werner Sollors and Greil Marcus and has an article forthcoming in Modernist Cultures about Robert Benchley, Dorothy Parker, and the intersection between theatre and magazine culture in 1920s NYC.

Here is the Rutgers University Press description of Playing Smart:

Smart women, sophisticated ladies, savvy writers . . . Edna St. Vincent Millay, Dorothy Parker, Anita Loos, Lois Long, Jessie Fauset, Dawn Powell, Mary McCarthy, and others imagined New York as a place where they could claim professional status, define urban independence, and shrug off confining feminine roles. It might be said that during the 1920s and 1930s these literary artists painted the town red on the pages of magazines like Vanity Fair and the New Yorker. Playing Smart, Catherine Keyser’s homage to their literary genius, is a captivating celebration of their causes and careers.

Through humor writing, this “smart set” expressed both sides of the story—promoting their urbanity and wit while using irony and caricature to challenge feminine stereotypes. Their fiction raised questions about what it meant to be a woman in the public eye, how gender roles would change because men and women were working together, and how the growth of the magazine industry would affect women’s relationships to their bodies and minds. Keyser provides a refreshing and informative chronicle, saluting the value of being “smart” as incisive and innovative humor showed off the wit and talent of women writers and satirized the fantasy world created by magazines.

One response to “MagMods Bookclub Begins!”